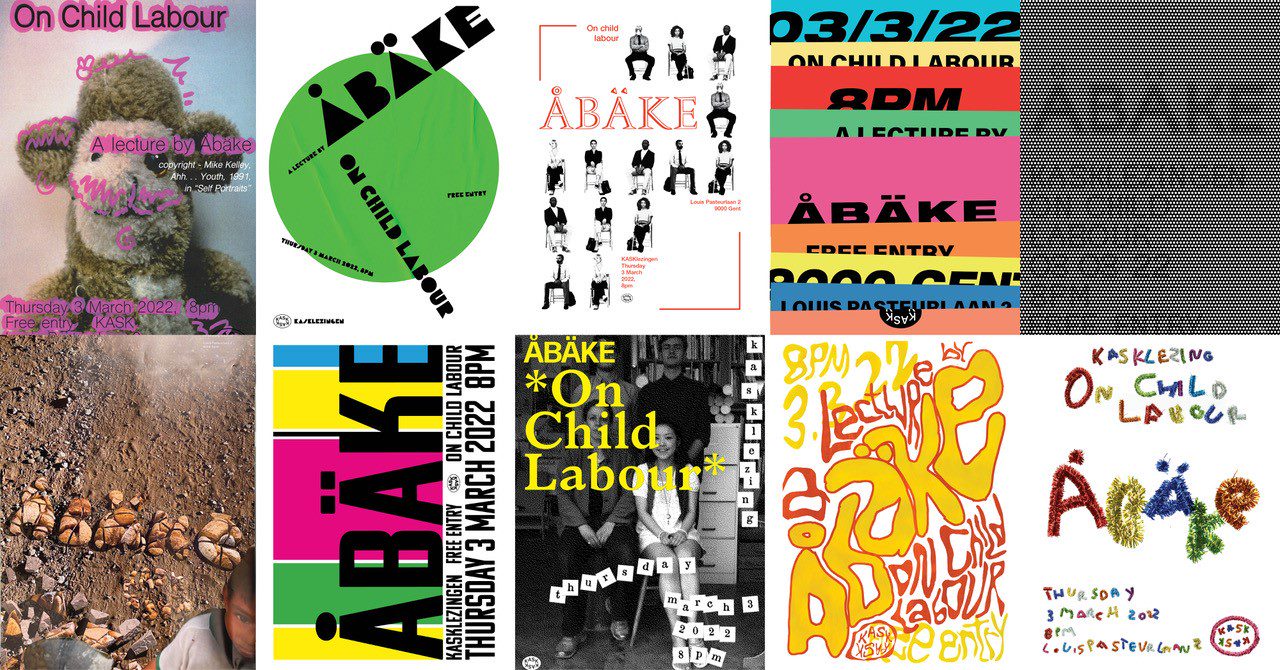 Åbäke is a multidisciplinary design studio based in London working in the fields of graphic design, fashion, art, publishing, film, cuisine, music, furniture, dance, architecture, and probably much more. They co-edited and designed the magazine Sexymachinery, co-direct a clothing and record label Kitsuné and run a publishing house Dent-De-Leone. This in-betweenness is central to their work, embracing the collaborative aspect it allows and they are often direct involved in the work they design. For Åbäke constantly attracts the attention of the art world: most of its projects do not certainly meet criteria of functionality but raise questions about how design conveys the forms of transmission of culture. Publications, curatorship, talks and workshops are integral parts of their activities. In their own words: “[Åbäke] means ‘something in between’, ‘a hulky rusty car which still functions but is not pretty’, ‘something clumsy’, ‘very large thing’, ‘monstrosity’, rather negative definitions but they somehow loosely describe what we do.”

Åbäke is active since 2000, since then they’ve worked with fashion designers such as Hussein Chalayan and Maison Martin Margiela, artists such as Ryan Gander, Johanna Billing and Martino Gamper, and bands such as Air and Daft Punk and continue to expand their ‘Slow Alphabet’, a font in which each character is released via a different publication over a number of years.