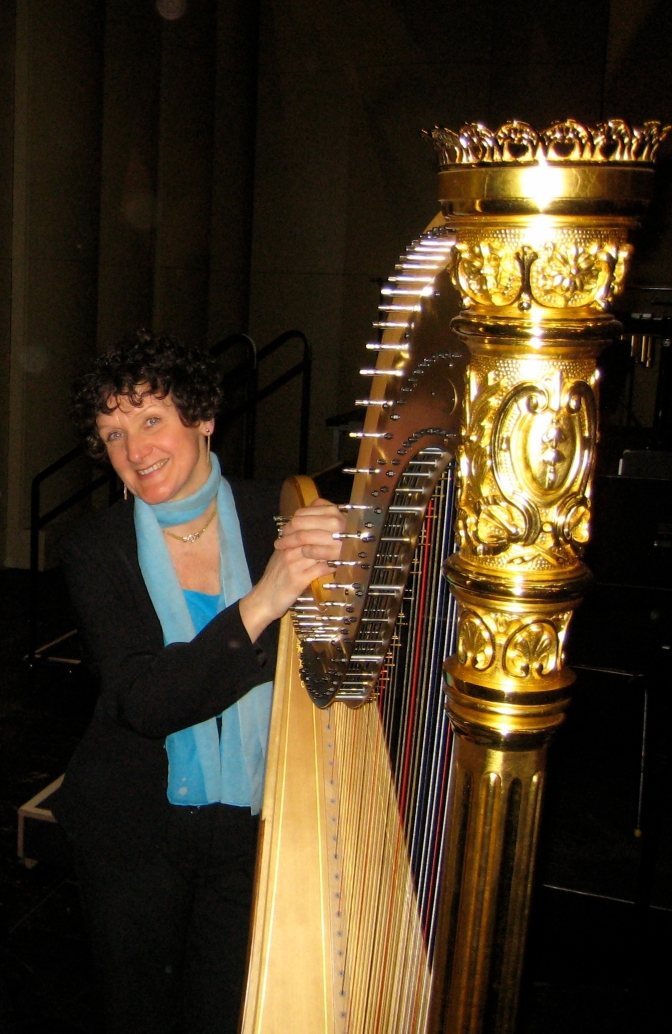 The French harpist Arielle Valibouse went after her first prize at the Conservatory of Grenoble to Paris where she got the first Price Harp and Chamber music at the Conservatoire National Supérieur de Musique. She also got a master in music with the biggest distinction in 2012.

Since 1980 Arielle is first solo harpist in the Orchestra of Flanders Opera in Antwerp and Ghent. She is interested in many musical styles and she played in different chamber music groups and as a soloist in France, Belgium, Netherlands, Germany, ... She realized several recordings for Radio France and for VRT, and cooperated in several CD recordings of  ‘I Fiamminghi’. Arielle has also played in a short film by Lieven Debrauwer about the life of Guido Gezelle.

She has been regularly invited as a guest professor to give masterclasses at the Sibelius Academy in Helsinki (Finland) and a lot of her students have now positions in the best orchestras of the world. With an extensive experience as a harpist, Arielle Valibouse likes to transmit the sound quality of the famous "French harp school" to the young generation, with a focus on the choice of interesting repertorium solo, in chamber music and in the orchestra.