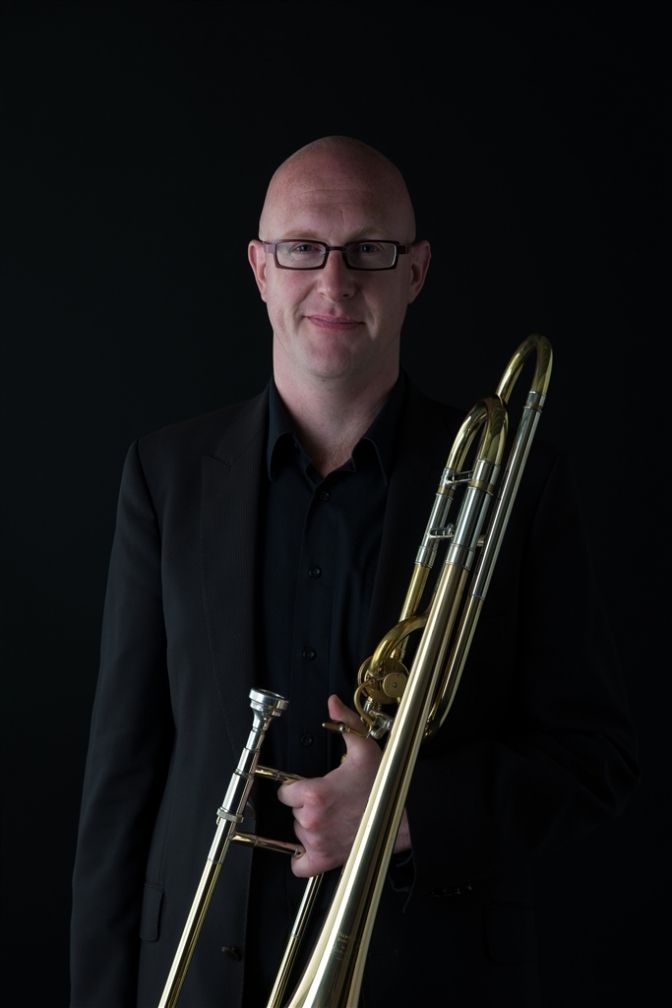 Bruno De Busschere took his first musical steps in SAMW Peter Benoit van Harelbeke and with the Koninklijk Harmonieorkest Vooruit. He studied euphonium at the Royal Conservatory of Hogeschool Ghent.

For many years he worked with Benny Wiame in the Brass Band Midden-Brabant. As a solo euphonium Bruno experienced the golden years of the band, together with other talented young people such as Jeroen Berwaerts, Steven De Volder and Bert Van Thienen. In 1999 Bruno obtained his master in euphonium. On his final recital, which won the highest distinction, he perfromed the concerto for euphonium by Jukka Linkola, a Belgian premiere.

Bruno then decided to devote himself to another love, the trombone, and started studying again at the Conservatory of Ghent, in the class of Michel Tilkin. Already in 2000 Bruno became first trombone of the Symfonieorkest Vlaanderen. In 2001 he became euphonium player at the Koninklijke Muziekkapel van de Marine.

In the meantime, Bruno continued his career as trombone player. After Michel Tilkin he took lessons with Ivan Meylemans (Amsterdam), before obtaining another master's degree in 2004, this time in the trombone class of Luc De Vleeschhouwer (Ghent). During this period Bruno played freelance in almost all Belgian symphony orchestras with a variety of instruments: tenor trombone, alto trombone, euphonium and bass trumpet. In 2008 Bruno passed the exam of trombone soloist (tenor & alt) with the National Orchestra of Belgium.