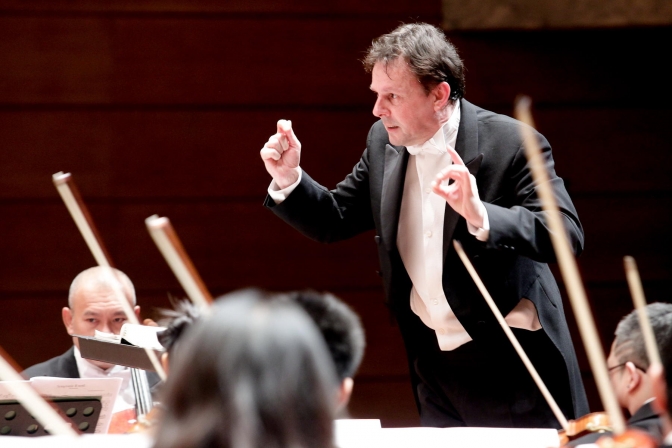 Michel Tilkin enjoyed a successful career as a musician and worked as a trombone player at the Rotterdam Philharmonic Orchestra and the National Orchestra of Belgium, before starting out as a conductor in the mid-nineties. At first he worked as an assistant under Kurt Masur, Neville Marriner and Zubin Mehta. Since then he has performed a wide variety of works that have led him to the Bangkok Symphony Orchestra, the Limburg Symphony Orchestra, the Arnhemelders Orchestra, the Vorpommern Philharmonic Orchestra or the Nürnberger Symphoniker. He also worked on productions at the Vlaamse Opera in Antwerp and Ghent. These were supplemented by various CD recordings. Michel Tilkin has been the conductor of the Thuringia Philharmonic Gotha since the start of the 2013/14 season.