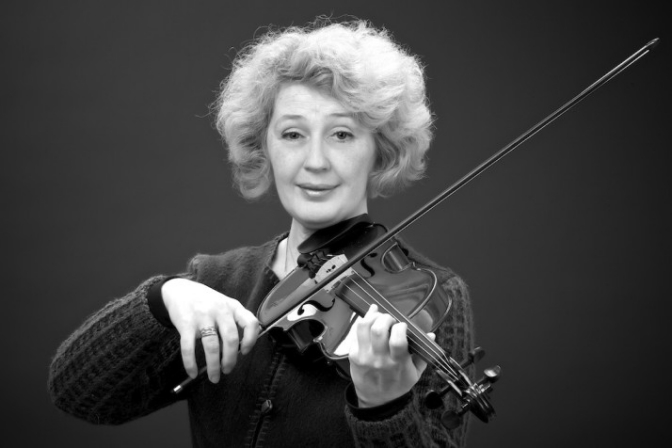 Olga Zolotareva was born in 1959 in Starokonstantinov, Ukraine. At the age of 6 she received her first violin lessons in the Central Music School of Sverdlovsk, Russia, with Prof. Gashinski. In 1977 she started her studies at the Moscow Conservatory, with Professor Tsiganov, first violinist of the Beethoven Quartet and a good friend of Dmitri Shostakovich.

Since 1982 she has played as a soloist with the Minsk Philharmonic and has given many concerts in the USSR. From 1990 she taught at the Conservatory of Minsk. Zolotareva then became more and more interested in the chamber music repertoire, playing together with various artists. She was also a soloist in the State Chamber Orchestra of Minsk, with which she toured the whole of Europe and recorded a few CDs.

Olga Zolotareva has been living in Belgium since 1996. In 1997 she won a prize at the International Chamber Music Competition of the Rotary Club. She has participated in several international music festivals as a soloist. Afterwards she recorded 2 cd's with chamber music works. From 1997 to the present day she has worked as a soloist in "Prima la Musica". With this orchestra she has recorded more than 6 CDs. Since 1998 Olga Zolotareva has been a guest professor at the Conservatory of Ghent.