Filmmaker and media artist Igor Grubić recently made a name for himself with his presentation in the Croatian pavilion at the Venice Biennale. His work Traces of Disappearing in Three Acts (2006-19) has been in the making for thirteen years. It consists of three interrelated photo essays and an animation film, in a specially designed mise-en-scène. The project began in 2006 when the artist began documenting Croatia's post-war transition, with a particular focus on the shift from socialism to capitalism, from a central, stated-planned system to a free market economy. Grubić examines the impact this has had on changes in architecture, the urban fabric, the public space and the social relationships that go with it. 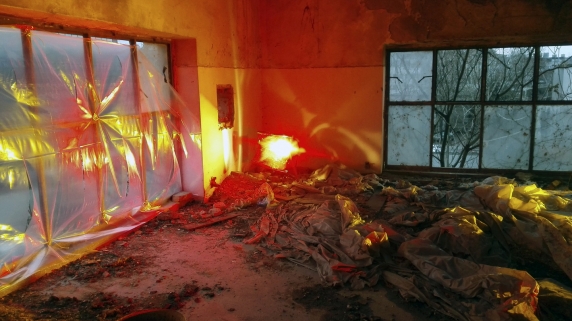 Igor Grubic, Traces of Disappearing (Deconstruction of the Factory), 2006-2019. Photo essay (detail). Courtesy of the artist.