Art and countercultures in the 1980s. The Beginning of Today.
A series of lectures organised by L’Internationale and KASK.
In political, economic, countercultural and artistic terms, the multiple origins of the contemporary moment are located in the 1980s. In this series of public lectures the European 1980s will be explored through the work of artists active in that period. Thereby the political, economic and social conditions specific to the different European regions are taken in to account in order to grasp the focus of the regional countercultures and artistic movements of that decade.

Born in Barcelona, Muntadas has lived and worked in New York since 1971. His work addresses social, political and communications issues; the relationship between public and private space within social frameworks; and the investigation of channels of information and the ways in which they may be used to censor central information or promulgate ideas. He works in a variety of media, including photography, video, publications, Internet and multi-media installations. His works have been exhibited throughout the world, including at the Venice Biennale, Documenta Vl and X in Kassel, the Sao Paulo Biennial, the Whitney Biennial, the Havana Biennial, The Museum of Modern Art in New York. Between 1990 and 2014, Muntadas was Professor of the Practice at ACT/Department of Architecture at MIT, Cambridge (US). 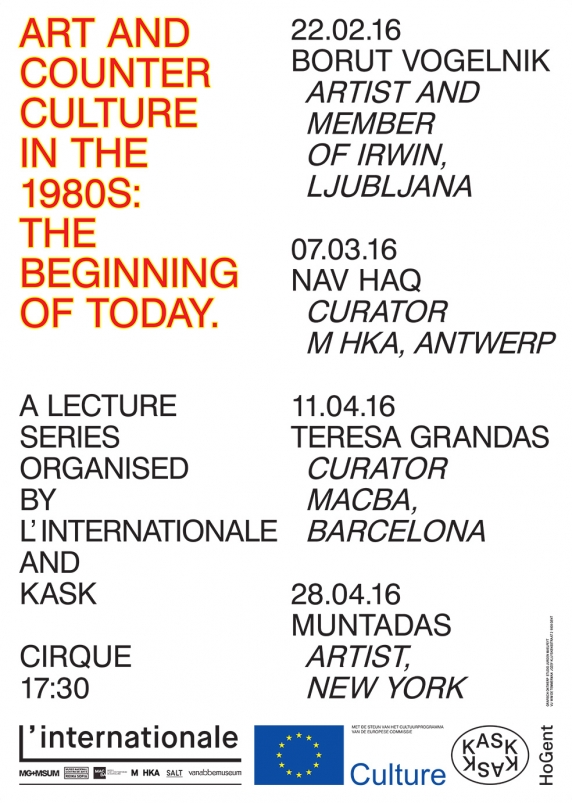