The short film ‘Her Voice’ of alumna Silvia Defrance is selected for the ‘Experiments in Cinema’ festival in April 2017 in Albuquerque (United States).

The annual festival in the state New Mexico brings the international community of independent filmmakers to the city to inspire a new generation of media activists. They share experiences and let creativity grow and flow. In addition to presenting many international screenings, EIC also hosts live multi-media performances, interactive projects, lectures, group discussions, workshops and a film program produced by High School students from New Mexico.

Silvia studied Animationfilm at KASK / School of Arts, where she obtained her Master in the Audiovisual Arts and where she received her practice based PhD, in collaboration with Ghent University, in 2012. The experimental film "Her Voice" is a research project and explores the structures of filmmaking by flirting with the limits of cinematic codes. The film received funding from the Flanders Audiovisual Fund and is produced by CZAR.

In ‘Her Voice’, dancer Lisbeth Gruwez shows the forced masquerade of women as 'femme fatale', 'mystic' and 'sex toy' through a corporal language of spasms and crazy poses. In addition, she portrays the critical interpretation of three historical icons: Lola Montez, a dancer and a mistress who lived in the 19th century; the mystic Hildegard von Bingen, who lived during the Middle Ages and Betty Boop, the cartoon character. This process results in a subjective evocation of a new female voice: a fourth woman (the filmmaker). In a quest for personal freedom and creativity, the women are trapped in the tension that exists between the individual and collective female subjectivity. The film deals with the abstracted idea of a woman as well as the clichés of the traditional female iconography as represented by Betty Boop, Lola Montez and Hildegard von Bingen.

‘Her Voice’ plays on March 2 in KASKcinema. 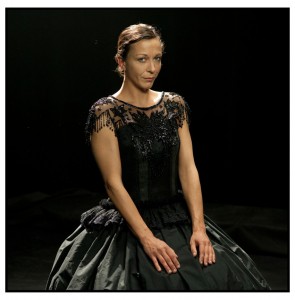 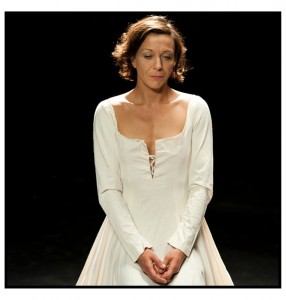 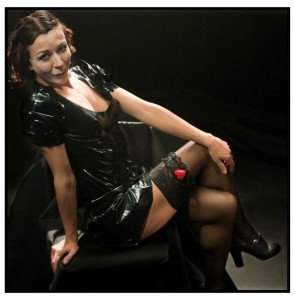