CIAP and Curatorial Studies — KASK & Conservatorium are delighted to announce CS alumni Laila Melchior and Koi Persyn as the winners of the 2021 Lichen Prize for Curators. The jury appreciated the duo’s curatorial concerns with questions of place and the landscape, interests that align with those of CIAP, and which will be the ground for a fertile collaboration and exchange. The exhibition will open in Spring 2022.

Laila Melchior is an independent curator and researcher investigating the fields of contemporary art and audiovisual aesthetics. She holds a master’s degree in Communication and Culture from UFRJ (BR) and a postgraduate degree in Curatorial Studies from KASK & Conservatorium (BE). Laila Melchior works on projects related to arts, film and theory, looking to incorporate perspectives from the Global South into her projects. As a curator, she collaborates with art institutions. Some of her recent projects are the exhibitions Trojan Horse Behind Glass; Time, Times. Half a Time; and The Ghost Library. She is one of the founders and part of the curatorial board of Aventuras do Pensamento, a series of encounters between a children-composed audience and some of the greatest contemporary Brazilian thinkers, scientists and artists that since 2016 discusses pressing issues in the political, innovative and creative horizon of the country. Laila Melchior has also designed the Young Curators Programme, a project which she coordinates to promote a greater engagement of emerging curators in the frame of Belgian participation in the Venice Biennale. Formerly a lecturer at the undergraduate course in Cinema and Digital Media at IESB (Brasilia - BR), she has also published and presented academic works. Based in Brussels.

Koi Persyn (°1996 - Belgium) is a Brussels-based independent curator and visual artist. He obtained a master’s in Fine Arts at the Royal Academy of Fine Arts in Ghent, after which he completed a postgraduate in Curatorial Studies at KASK. During his studies, Koi Persyn founded and co-curated STOCK, a three-year-running residency programme in Het Paviljoen, Ghent. His artistic and curatorial trajectory encompasses notions of authorship and collectivity, employing experimentation with exhibition formats in unconventional locations. His curatorial projects focus on process-based, experimental, and interdisciplinary practices through open-air, collaborative, site-specific exhibitions and residency programmes. Koi Persyn participated in the exchange programme with BIDAI college of arts in Kanazawa (JP) and worked in the framework of the Young Curators Program as a mediator for the Belgian Pavilion at the 58th edition of the Venice Biennale. Koi Persyn is currently co-curating Publiek Park, an open-air group exhibition in the Citadelpark of Ghent, as part of his activities in the frame of the Young Friends of S.M.A.K.

As a testing ground for visual thinking in diverse forms, CIAP and Curatorial Studies — KASK & Conservatorium have initiated and endowed the Lichen Prize to foster and support curatorial innovation in Belgium. The call is open to all alumnae and alumni of the Curatorial Studies programme — as well as of its earlier forms: TEBEAC and ‘Beheer, conservatie en restauratie van museale collecties hedendaagse kunst’ — regardless of age, current professional status or geographic location. In fall 2020, CIAP and Curatorial Studies proudly presented Petrichor, a group exhibition curated by the laureate of the 2019 edition, Lucie Ménard. 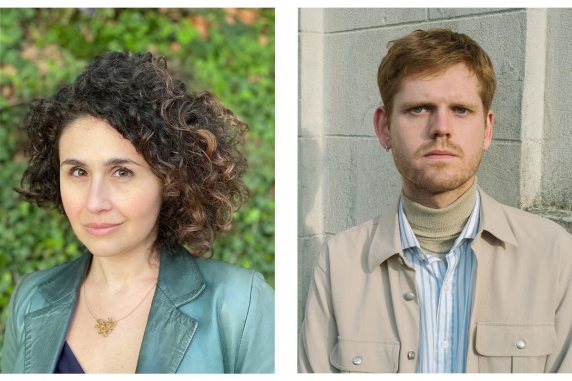