After a complete working live, the father of Mohanad Yaqubi retired from his job in Gaza and discovered Facebook. Evenings of wondering and finding let to the acquaintance with a family Yaqubi who lives in Morocco and who turned out to be family of the Yaqubi family in Gaza...

In this lecture Mohanad Yaqubi mixes past and present, history and politics, text and image, in order to understand the motives behind the travel of his ancestors from Morocco to Palestine 190 years ago, and the consequences of such decision today.

Mohanad Yaqubi is an artist, film producer, and co-founder of the Ramallah-based Production house Idioms Film, and the research and curators collective Subversive Films, which focuses on militant film practices. Films produced by Yaqubi include Habibi (2010), Infiltrators (2013), Suspended Time (2014), Ouroboros (2017), and his most recent film Off Frame Aka Revolution Until Victory (2016), dealing with the history and development of militant cinema in the Middle East.
His films had been nominated at different film festivals and in 2013 he won the Muhr Arab Special Jury Prize for his film Infiltrators and in 2017 the Ulysse Award for Best Documentary for Off Frame, Yaqubi is researcher and teacher at KASK, School of Arts of University College Ghent. 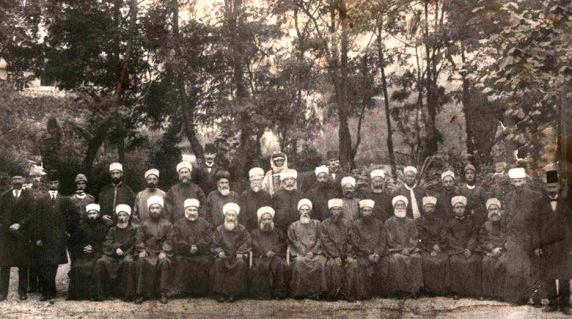